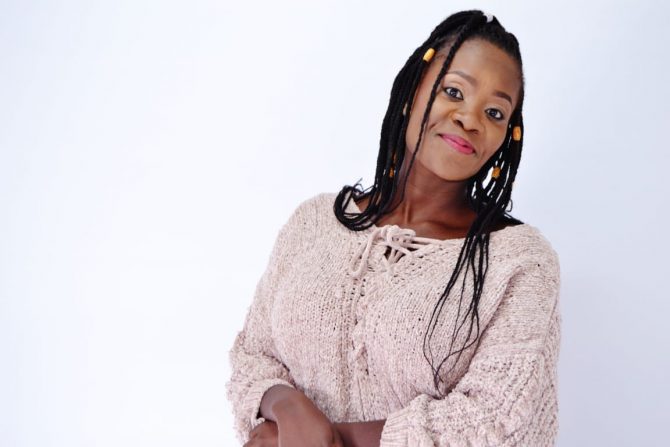 Classically trained, Bongi has played roles from Clive Morris, Paul Slabolepszy, Bobby
Heaney and Gray Hofmeyer amongst others. To many she might be known as the
Ndebele woman ‘My Dali’ on the former SABC 3 soap opera Isidingo. Her TV/Movie
credits include: Leon Schuster’s blockbuster movie Mad Buddies; Konsternasie Oppie
Stasie (SABC 2); #Do it Yourself FNB (e-TV); Vutha (SABC 2); Mzanzi’s movie The
Bishop and many other main stream and corporate TV and radio educational dramas
and adverts. Among a few talents, Bongi is an enthusiastic voice artist and a freelance
radio drama talent for SABC radio SA FM and other corporate brand names.
As a Mpumalanga native, during 2013 she was selected to be a presenter in IsiNdebele
for an episode in a documentary about South Africa’s indigenous languages ‘Omang’ (e
TV).
Bongi serves as an industrial theatre specialist in the Mpumalanga Province education
department, the mining sector and other national corporate heading theatrical
awareness campaigns and general entertainment through her supply company,
Umhlanga Holdings.
She graduated with a National Drama Diploma from Tshwane University of Technology
in 2007. It was during the years at TUT that her talent for comedy was realized by her Acting lecturer, Shelly Sacks. While at TUT, she specialized in Teaching Practice and
Children’s Theatre, she is also a graduate of Wits University where she attained a BA
Honors in Drama Therapy and Applied Theatre, 2017. She also received an academic
award at Wits for ‘Outstanding Applied Drama Research in the field of Human Rights’.
Bongi is zealous about the youth and youth development. She is a motivational speaker,
very often invited to schools, young women’s conferences and other youth institutions.
An avid reader and enjoys collecting plays, religious and motivational books. She is
fluent in English, IsiNdebele and IsiZulu, she can also speak conversational Afrikaans.
As an actress/theatre practitioner and philanthropist Bongi firmly believes in the
transformative power of media as a social, political, emotional and humanistic force.
Above all, she is committed to a life of helping/motivating others realize their full
potential and purpose.