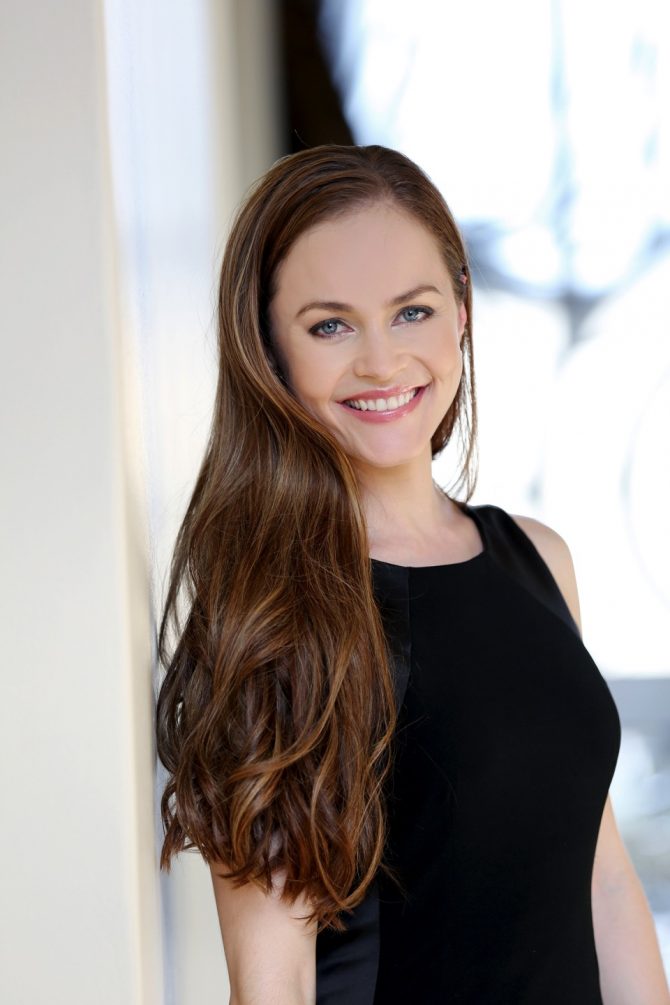 Merieke graduated with a BA in Drama from the University

been selected as a member of the Golden Key Honour Society

– extended to the top 15% of university students in all fields

of study, based on their academic achievements.

Academy. She has completed the Advanced Acting Course

presented by Brumilda herself, as well as

well-known names in the entertainment industry.

Merieke has worked as a presenter on two KykNET

enjoyed playing a lead role in a Debonairs television

Merieke had the privilege to join Franz Marx Films in 2009.

teleserial, Egoli – Place of Gold. During her time at Egoli, she

enjoyed working with talented directors such as Bobby

Heaney, Bromley Cawood and Gert van Niekerk. She has

acted opposite some of the country’s top actors and actresses

van Rensburg and Eckard Rabe, to name a few.

Merieke has played the lead role in a short film, Auditions

(2011) and acted opposite Anel Alexander in the film Wolf

Merieke has a black belt in Kickboxing and represented

South Africa at the Kickboxing World Championships in the

USA. The event was attended by legendary kickboxer, Chuck

Norris. Merieke enjoys a healthy and active lifestyle. She

works out on a daily basis and especially enjoys doing Dance

Cardio. Merieke had some training in Modern Dancing, as

her time as a Drama student at Tuks.

Acting is Merieke’s main passion and she is looking forward

to portray many more memorable characters in the years to