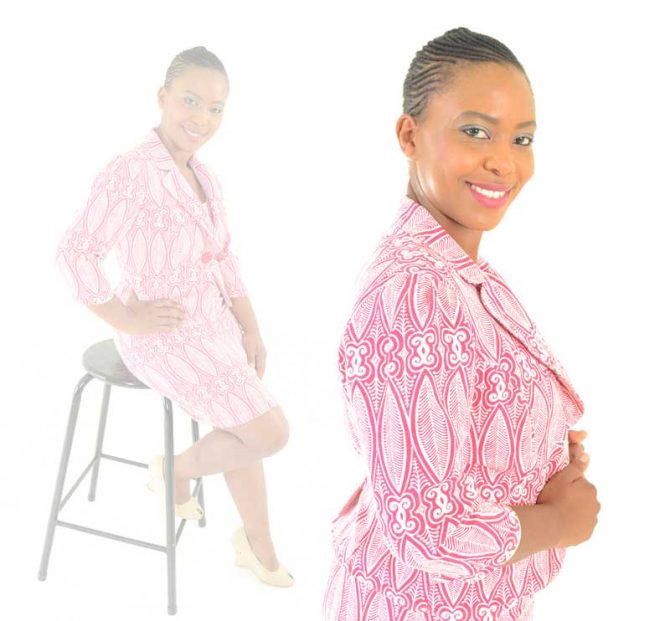 This is Lerato Ntjabane a Thespian. Her educational background includes a Certificate in Presenting which she obtained at Jay Bee Casting when she commenced her career back in 2003 and in 2005 she enrolled at Market Theatre Laboratory for a part time introductory course in Acting which involved singing, miming, dancing and scriptwriting, her passion for the craft pushed her to seek more knowledge in the industry and she went to accomplish a Radio Presenting Certificate with Damelin Correspondence College.

As part of her acting training initiated by the Market Theatre Laboratory she acted in the movie Catch-a-Fire as part of her curriculum. From 2010 to 2014 she was actively involved in educating community about HIV/AIDS and Teenage pregnancy she executed this work through a company called Interactive Themba Theatre where she was employed as an actor-educator and facilitator.

In 2011 Lerato did a short role in the popular TV drama called 90 Plein Street and in 2015 she played a supporting role in Generations- The Legacy. She has since shot commercials which she portrayed lead roles in Old mutual, Buy smart, 8-ta, Sunlight hand washing powder, and two international commercials Go daddy (in which she had an opportunity to shoot with her 2 year old daughter) and Michelin.

Voice work on radio include Mtn, Cell c, SA home loans, Sabc 1, Build-it, Coca cola, Morvite and Telkom series and Absa series as well as Tyco telephone on hold. The highlight in her field of work was to be an announcer of the Soccerex gala event for the 2010 Soccer World Cup that was hosted in Sandton Convention Centre.