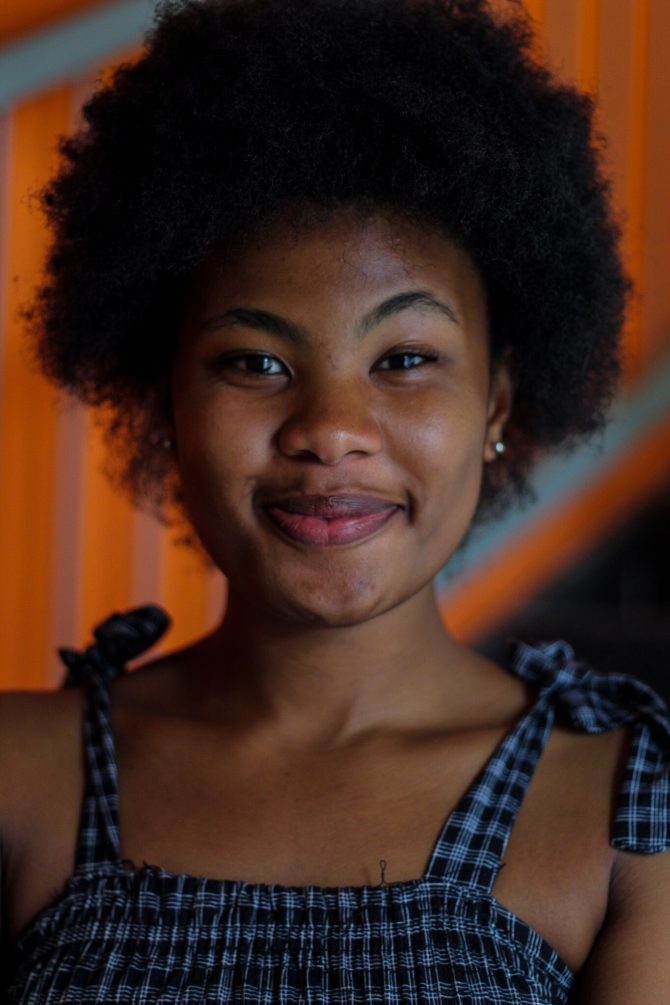 Busisiwe started her acting journey in 2016 at Pro Arte Alphen Park.
She became a Dramatic Arts learner and got elected as part of the Dramatic Arts Department council.
It was there where she not only received training in stage, but also participated in a physical theatre production piece called unspoken truths.

She later enrolled at the South African State Theatre (Usuthu Arts Lab) where she received training in Stage Acting and Dance.
Following her performance at the Vavasati international women’s festival, she later made appearances in two local soaps.
She is currently studying Stage, screen movement and Television and continues to broaden her training and experience.