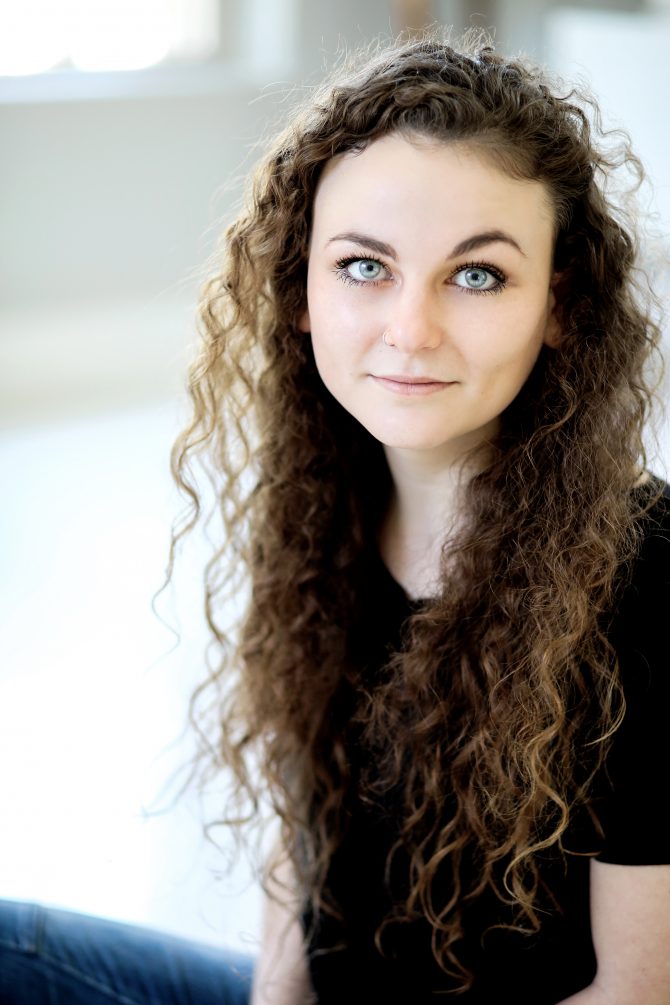 Amy Annear is an English Literature and Drama Honours graduate from Rhodes University. Her passion for performing was birthed at the age of eight when she joined the Rother Swain Drama Studio in Port Elizabeth. Growing up, she actively pursued her performance dream, both representing her school, as well as performing in productions for Rother Swain, PEMADS and the Port Elizabeth Opera House. During this time, she also received a distinction for her grade eight London Trinity Guildhall Performance Arts examination.
At university, Amy discovered her passion for other aspects of stage performance, such as: directing, improvisational comedy, vocal work, theatre making, lighting, stage managing and all aspects of theatre technology. Amy enjoys tackling roles from Shakespeare’s Ophelia, Lady Macbeth and more, all the way to improvisational comedy and physical theatre. Music has always played an active part in her life as a performer, being a soprano vocalist, as well as playing the clarinet, guitar, bass guitar and the ukulele.
After graduating, she moved to Johannesburg to work as an actor full time. Amy Annear has performed at the National Arts Festival several times since 2011 until the present; this most recently includes performing a one woman show, Trash Hound, at the 2019 Festival, in which “Annear is able to bring to life and tackle topics many would rather steer away from” and “has the character and influence rarely seen in a solo performance”, according to reviews on the piece.